This is the true definition of youth voice! Kudos to you Greta Thunberg! You are a true hero, pls ignore what the jealous adults say about you! You’ve done a biggggesttt job that a 1000 adults cant even do it! You are an inspiration, be truth! Let the world hear you, don’t stop to speak up! Please look back at what Malala has done, she started small (like you) and now she’s a nobel prize winner! Keep doing you for a better future! Dont give up on your dreams, don’t give up on every single children’s biggest dream, to live in a better world, world without further climate change! I am a fan!
texty by thesweetlittlecat at 21:52:00 No comments: 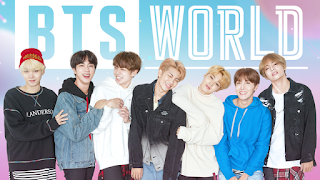 BTS
Yes, im an army since 2014.. well, i love kpop, im also a vip, i love love love Bigbang.. Bigbang produces wonderful songs and i still love them rn even though there were many scandals involving their members recently.. well, im going to talk about BTS tho.. at first, i only love to listen to their songs, just like BB, BTS also produces awesome kpop music.. but day after day my interest grew on their personality.. each one of them has their own personality and traits.. got to know them as early as their debut, i am the most happiest army when they became global these few years back. I am so extremely happy to see how the world reacted to their music, their musics are being accepted by people whole over the world. Their collaborations with fantastic singers and bands made them the most loved boybands among famous singers & music producers esp in the US. I am proud of their achievements, they stopped the barriers of languages and music across the world. 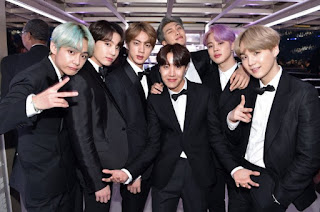 What i love about this boys are: they are humble and hardworking.. no matter what people are judging them, some people even underestimated them at their early stage of becoming worldwide most beloved bb. They didn’t care what people said, they believe their music will touch millions of people.. they wrote beautiful song with good messages and full of love. They saved a lot of people with their music. They love their fans (read Army) tremendously, they always show their sincere  appreciations to Army with their unconditional love during their concerts, fan meetings and speeches when receiving awards. That’s why i ❤️ BTS so much. I started to understand kpop lyrics for the 1st time through bts songs. Before this i only love the musics, but after knowing BTS, i care about the messages they want to convey with their songs. All of their songs are sending good vibes and positive  messages esp on mental health.
When they are millions of army all around the world, there are also haters! Haters with problems in their hearts, i dont know what these talented young boys ever did to them, but the hates are real! Most of the haters are living a sad life and full of jealousy! In Malaysia, the haters are mostly mat rempit, netizens who love to bodyshaming and criticize other people baseless, BBNU who thinks they can sing and dance better than BTS, men who are jealous becuz their gfs love bts etc etc. What people like them dont know, army have done a tremendous charity works, mental health campaigns all around the world, etc etc. What have the haters done for the world? Nothing.
As an army, i’ll support these boys wholeheartedly and without prejudice! I wish them all the best in their careers and life. 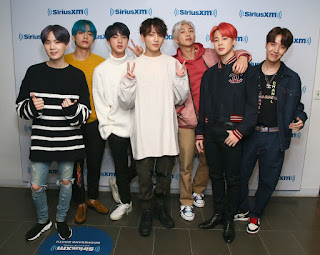 Love yourself, speak yourself.

texty by thesweetlittlecat at 14:44:00 No comments:

I am confused.. but i think i do have anxiety.. but im still in denial.. 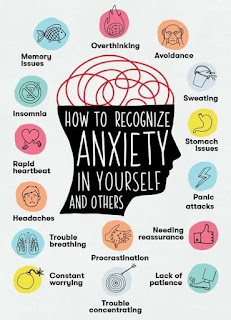 texty by thesweetlittlecat at 03:20:00 No comments:

Please claim and take back the Haze! 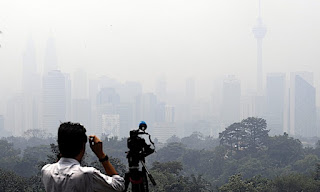 Every single year.. this happened to my country 🇲🇾 ! Dear Indonesia, please know how to manage your industry well, this thing is not healthy.. to my country, Singapore, and to yours also! And please consider health over prosperity (read: money)! Please be responsible and STOP blaming others! Or else, your so called minister should learn more about Geography and climates change! This is horrible and we Malaysians are so sick of this condition every single year!

texty by thesweetlittlecat at 13:20:00 No comments: 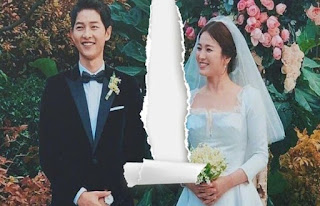 This is the biggest news so far for 2019.. My fave k-couple but i am more into SongHyekyo, i am a big fan of her, well, until now! At first i was against this marriage BUT i tried to accept it because Kyo looked happy in the beginnings.. and what happened 9months after the marriage was already written by Him the Almighty.. They are not meant to be....... because of their different personalities, well it shows, both of them are totally different, that’s why i was so skeptical about their marriage! And now it’s over, i just wish nothing but HAPPINESS to both of them.. i will continue to be Kyo big fan.. BUT i do hope some of Kyo’s fanatics to leave her alone.. let her keep her private life to herself and please dont ever make it complicated for her.. this is because i read some crazy comments in the socmed, eg. the fanatics are assuming that Kyo is going out with Bogum, which is ridiculous for me.. if let say, IF that’s true, leave them ALONE! And stop badmouthing Joongki, even though i am not his fan BUT i feel sorry for him.. the same goes to SJK fanatics, stop badmouthing Kyo! Lastly, i wish for Kyo comebacks sooner or later! I love her acting so much! Missing Kyo on the screen!

texty by thesweetlittlecat at 17:02:00 No comments: 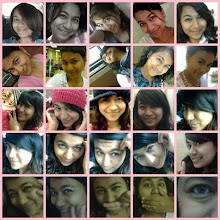